I was sitting in church last week, and the speaker’s topic was forgiveness.  Many of us have ideas of what forgiveness means or why we should do it.

Whether you are religious or not, there will be times in your life when you may want to use the gift and the power of forgiveness in your life.

Forgiveness is a gift for YOU. We usually think it’s about saying that what the other person did is ok.  You don’t have to think it’s ok.  You don’t have to wait for them to ask for forgiveness. Lots of times, they never will.  Lots of times, they don’t even know how upset you are, so there you sit hating someone and feeling all the miserable feelings yourself. You are now punishing you for something they did in the past.

Brooke Castillo calls this punching yourself in the face.  You know it hurts but you just keep doing it, and blaming it on someone else.

For those of us who have lost babies, there are often people we are angry with.  Our doctor who should have done things differently.  Our friends who disappeared when we needed them most.  People who said insensitive things to us.  Our boss who barely gave us any time off to grieve.  And then there’s the big one…ourselves.  As women we are really good at beating ourselves up and wishing we had done something differently so our baby wouldn’t have died, or that we had made different choices at that unimaginable time.

The truth is, these things happened.  They are now in the past. We cannot change them. But we keep telling the story over and over.  And our brain likes to pick out the most negative story.  And when we are deep in grief, this story can often become our everything.  But when you are ready, and you want to be able to choose forgiveness for yourself, it is available for you.  This is the point where forgiveness becomes a POWER.  It comes at the point you decide to stop being a victim to your circumstances, and take back your experience and own it like the boss that you are.

If you would have asked me a year ago to describe what happened with my miscarriage, I would have called it a disaster.  I would have said that anything that could have gone wrong did.  I could lay out my story and anyone would agree it was awful.   That story caused me a lot of pain. I had many, many regrets about choices I made. I was upset with medical professionals and the choices they made. I was even angry at a new computer system the hospital and lab had put in which caused us multiple problems including serious medical issues for me and the loss of the chance to know our baby’s gender ever.

But this last summer, two years after that experience, I knew it was time to change the way I was looking at what happened.  And I didn’t need to put a “positive” spin on it. I just needed to let go of the blame and the pain because it wasn’t serving me.

So I did a lot of work. And I got coaching from a wonderful coach. And I cried, and I journalled and I changed my thoughts from “this whole thing was a disaster”  to “this happened.”   The first thought tore me up inside. The second allowed me to feel neutral and sometimes peace.  And that’s what I needed. I needed to accept what was, and forgive myself and everyone else involved.  I still think there were probably mistakes made.  But the difference now is I’m not punching myself in the face being angry and wishing I could change them. Because I can’t.  All I have is today.  And today I want to feel peace.  And when those little thoughts start bubbling back up, I can remind myself that everything is ok.  I can choose to feel sadness if I want, but I don’t have to feel the shame and regret and anger piled on top of it anymore.

Do you have someone you need to forgive?  Related to your loss of not, I promise there is so much power in releasing all the mental and emotional energy you are spending on what happened, and putting it into today, into your future, into those you love.  Your story isn’t over, momma.  The next chapter is up to you. 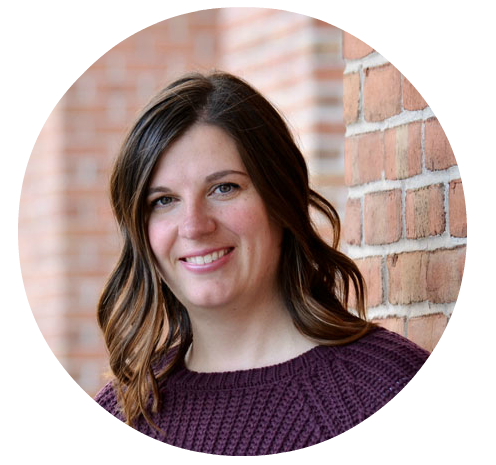 I’m Amy. I love DIY home improvement projects, baking, hanging out with my family and spending time outdoors. I also enjoy a good self-help book. I am a certified Life Coach and am passionate about helping moms who can’t hold all of their babies. Moms like you who have been through a lot but keep going every day. Women who are ready to embrace life fully again, but they are not quite sure how. Guess what? I can show you. Click below to learn more about my babies in the sky and why I love coaching so much.